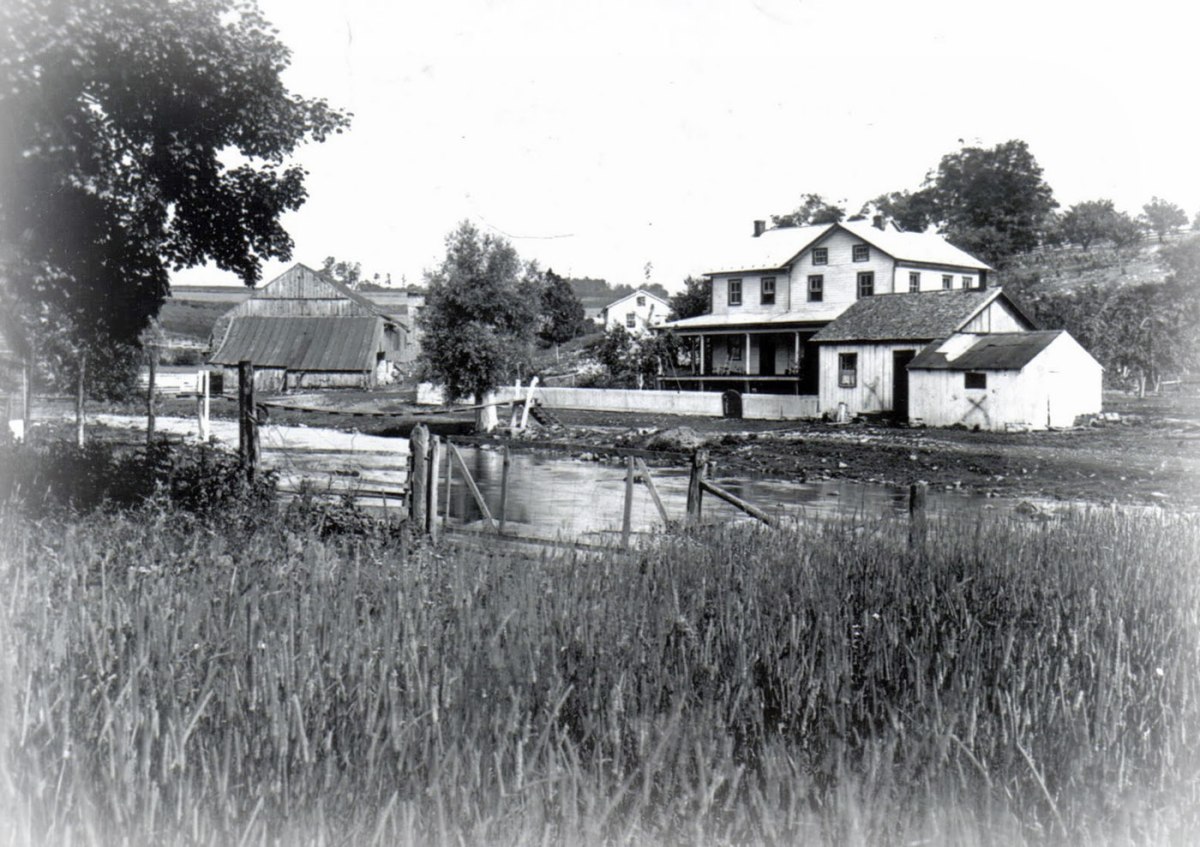 Here is a view of the farm on Yellow Creek near Waterside, Pennsylvania. My father, Robert Little, was not born here, but spent most of his boyhood years growing up with his brothers- Wilbur, Art, and Bill– and his sisters – Caroline, Ruth, and Frances. Charles Edgar (Ed) Little received recognition for the quality of the milk his farm produced and his wife, Clara Virginia, must have been quite busy taking care of the family.

Although the farming was done with horses and mules, Ed had a 1926 truck that he used to huckster produce in the season. During fall and winter, he converted it to a set up with benches and he made the trip to school everyday to take his own and the neighbor kids to New Enterprise for school. Wilbur, the oldest son went off to college and came back to teach at that school, meanwhile becoming an excellent farmer in his own right. He became the principal for a short time, but is most remembered for his tenure as the football coach. In that capacity, he was my father’s coach, as well as that of his two brothers.

These Pennsylvania farms produce more than just milk and hay.

I grew up on a northern Bedford County, Pennsylvania, dairy farm as did my father. Those roots go seven generations deep there, By Y-DNA testing, my Little surname roots go to the Scottish Borders in the 14th century, but my family has been in America from the mid-18th. The quest to connect the story continues. View all posts by T.J.Little

This site uses Akismet to reduce spam. Learn how your comment data is processed.